In the southern part of West Bengal, the inhabitants have bitter reminisce of havoc created by annual floods and cyclone. Flood takes place almost in every year at any time during June, July, August, September and October. The people of Nadia suffer badly. The miseries of vulnerable groups like women, children, infirm, handicapped, sick, economically backward were knew no bounds.  As most of them belong to weaker section of society, their dwellings were also in vulnerable areas – lowland, river embankment, roadside slums.  For 5 to 10 days human being remained unfed, half fed, uncared and unsheltered.  The affected people search for safe shelters and lack adequate facilities as a result compelled to stay at local schools or make shift shed on embankment or high land. They solely depend on the role of others. Breach of riverbanks creates hurdles for people who dwell there. They too have to move from there for shelter. Many have to change places 3 – 4 times to get a safe shelter. Sometimes entire villages had been annihilated and it makes a great concern – social, economical, political and environmental as well.

The vulnerable community members of selected areas of Nakashipara Block of Nadia District are always in a threat of flood and flood like situation almost in every year. The following are the major flood within the last 15 years span, which caused loss of lives and assets in different parts of the Block.

Vulnerability of the area and understanding of hazard impact:-

Nakashipara Block under Nadia District is the westernmost Community Development Block of the district. The E.R. Railway track and the N.H. 34 bifurcates the C.D. Block north- south long and act as high embankment. On the Eastern side is the River Jalangi and on the western side is the River Bhagirathi alias Ganga. Both of the rivers are coming down from the longest as well as the holiest River Ganga which is moving south- eastern ward to meet the Bay of Bengal. Rainwater from entire North India passes through this path to find its way to sea.

Geographical vulnerability of the area:

The natural sloping of the area is towards east and south eastern direction. On the other hand the Railway track and the 34 National Highway move north-south direction. Consequently the drainage system is being blocked. Moreover the dams and reservoirs on the rivers Damodar, Ajay and Mayurakshi lie on just 30 to 50 KM westward.

Some hundreds years ago the area started to be built up with the silt of the rivers and rivulets and the process is still burgeoning on. Thus the area is low lying. The rivers are always changing their courses and the old courses are taking shapes of horse hoofed lakes or canals. In heavy downpour they get connected with the main flow of the river Bhagirath alias Ganga and overflow.

Release of huge amount of rain water from dams and reservoirs mingled with torrential rain for two or three days and shallowness of riverbed submerge the area almost twice or thrice in a year. There are Bils (abandoned river courses) like Ganga Chai Bil and Arpara Bil.  Getting connected with the main flow of the river, water of the-then dry old courses overflows and enters into dwellings. The mud made Makeshift River embankments (Bandh) fail to hold water back and break now and then. The breach of embankment at Jagatkhali in 2000 flood caused a boat capsize in Bhagirathi river and almost all of the passengers were swept away.

Heavy silt on riverbed and canals chokes the natural water drainage and rain water logging is a yearly phenomenon of the area.

Economic activities of the populace:-

Agriculture and agricultural allied activities is the main occupation of the inhabitants of the area. Only once in a year they are able to cultivate Boro paddy (summer crop), when the river bed goes down nearly at the bottom. In some areas like Akandapur, Kulipota, Sultanpur, Madanpur and Nischindapur rain/ flood water remains stagnant for nearly 6 months.. In summer, the farmers gamble with the monsoon by sowing jute seeds in the low lying fields. They cut the jute crops premature before the farmlands go submerged by rain water. Some of the villagers depend on fishing. Rearing of cattle is also found in the area. But there is no provision of cattle insurance or veterinary treatment for cattle.

Other major bad long term effects of flood or flood like situations:-

Loss of income, property, resources have indirect effects on 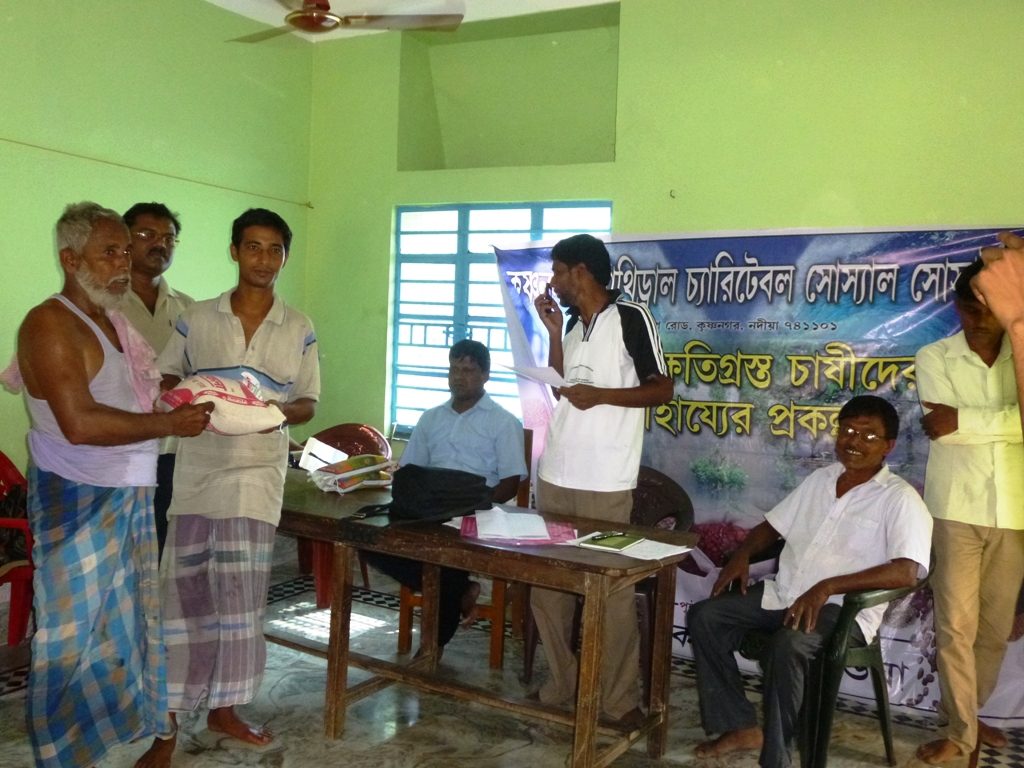 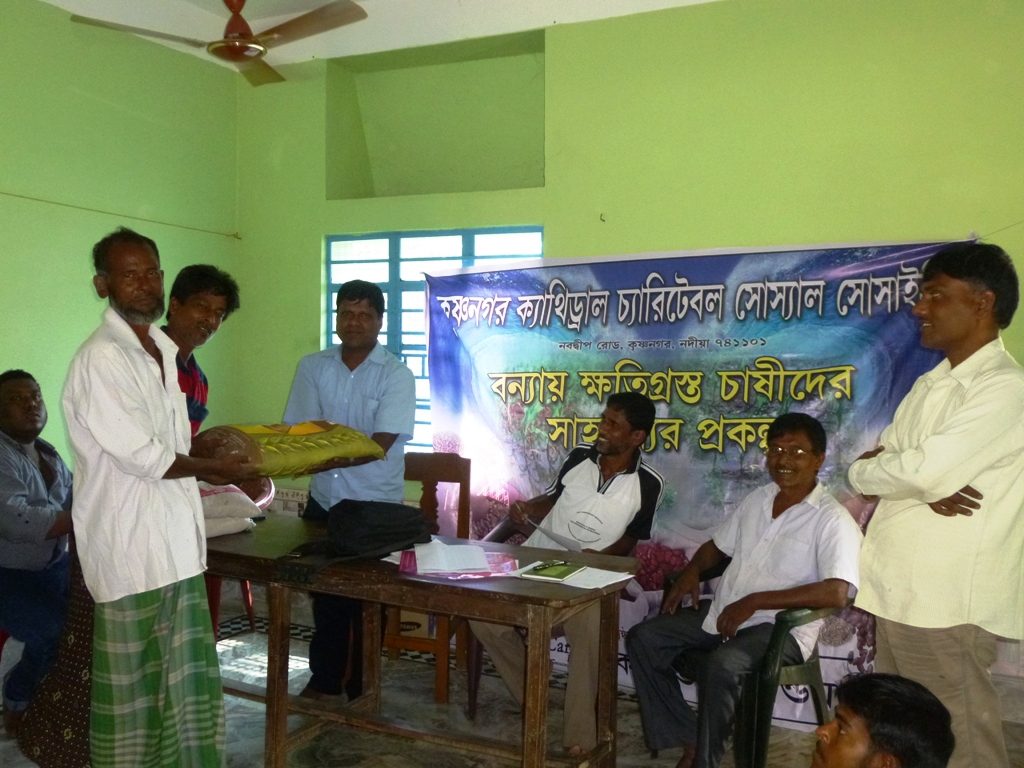 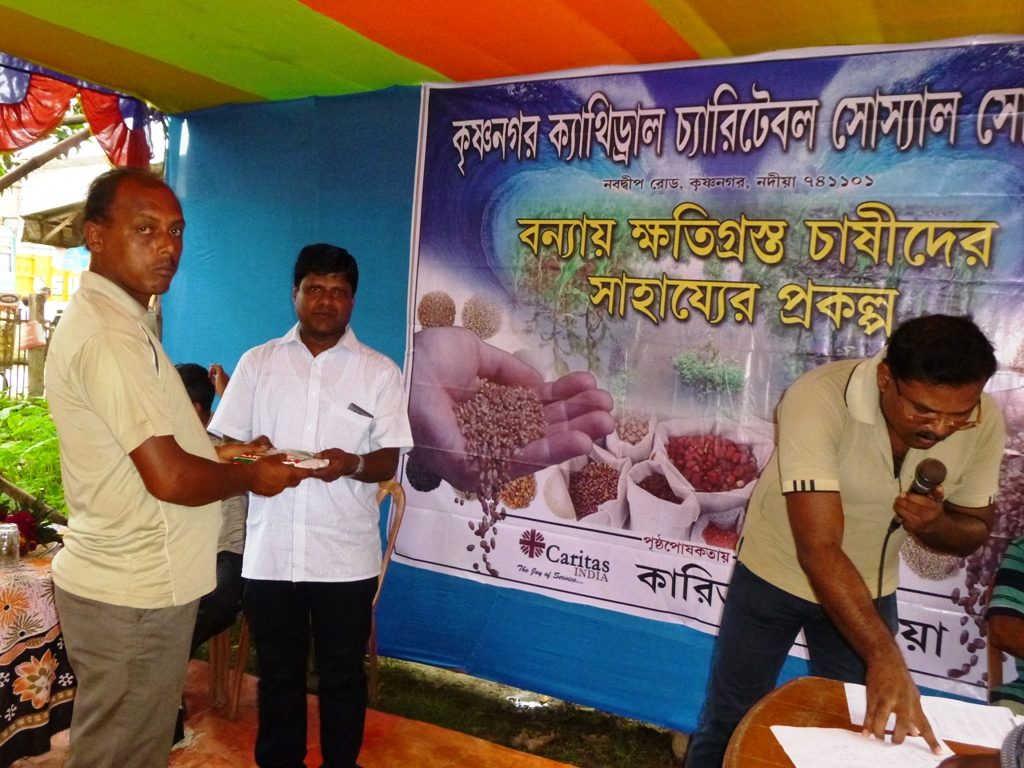 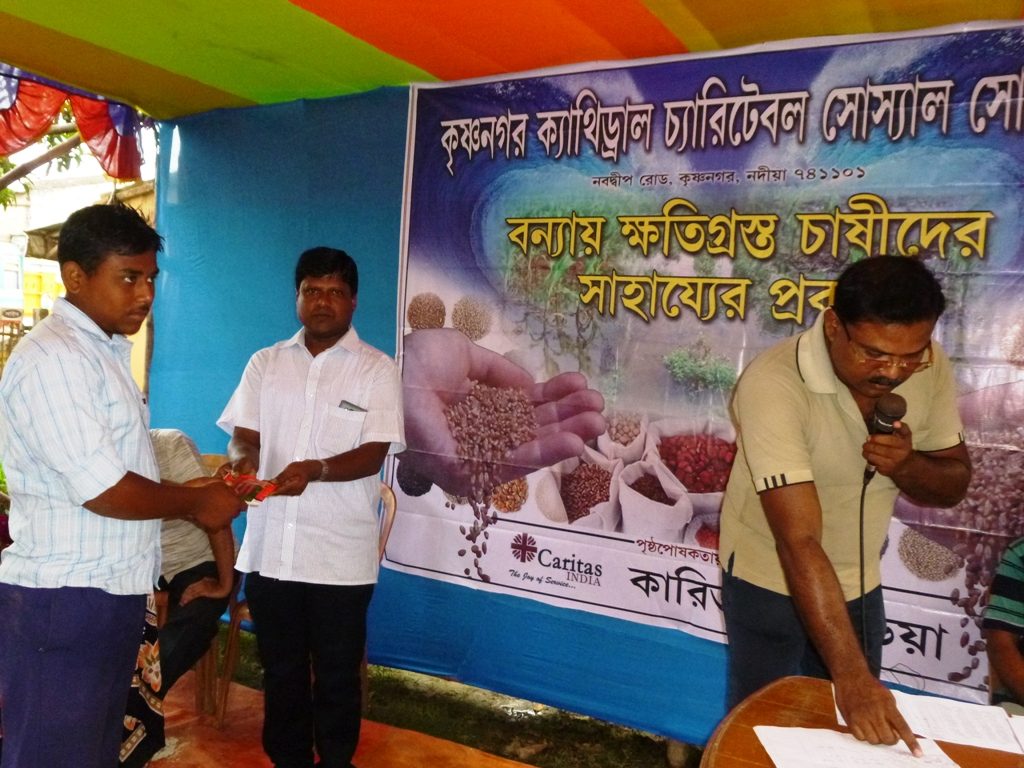 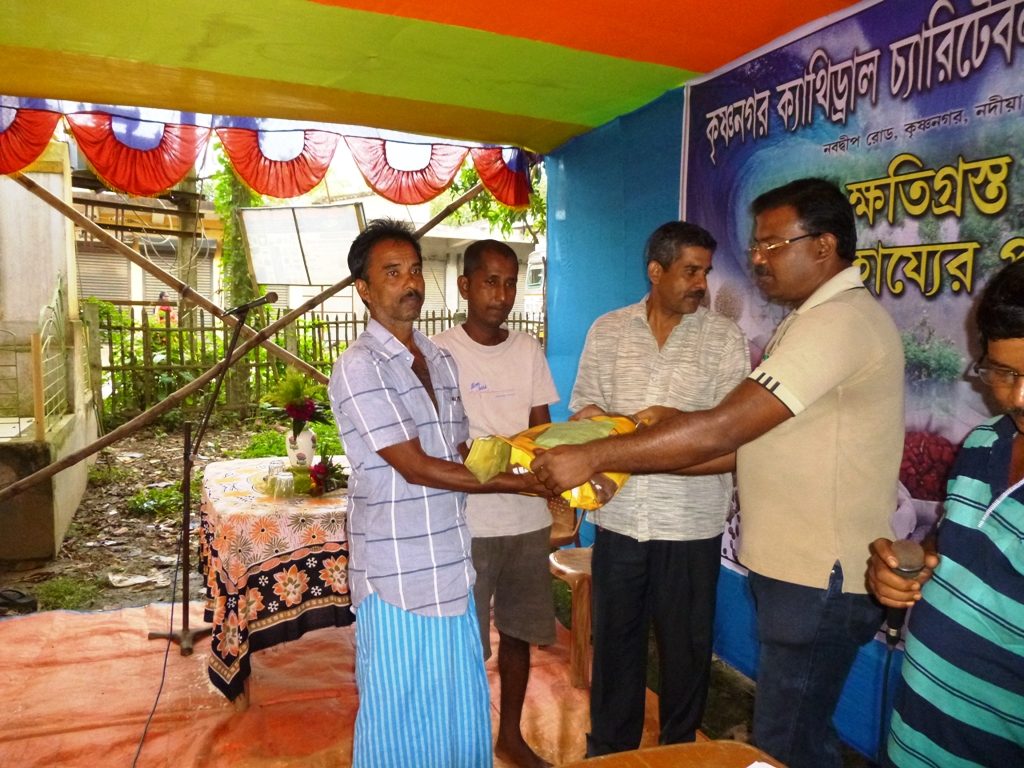